Created by Evolution, Crazy Time is a live game show for casino players all over the world. The title is streamed live 24 hours a day, so players across different time zones have the chance to play. Crazy Time has quickly become one of Evolution’s most popular titles alongside its inspiration, Dream Catcher. Players compete for a chance to take home cash and play any of the four bonus games randomly triggered throughout the gameplay.

Crazy Time might not sound overly complicated, but there are many factors to keep in mind when betting. Players hoping to make good use of their budget will need a solid strategy before they start spinning. Let’s take a closer look at Crazy Time strategy and how it can help you maximize your wins.

How do I play Crazy Time?

Before you perfect your Crazy Time betting strategy and really jump into a deep-dive of the game’s statistics, you must learn the basics of the game. Every game round is kicked off by the presenter as they spin the Crazy Time Wheel. The wheel spin will reveal either a bonus round (at which point the bonus round is triggered) or a number. When it lands on a number, players receive the number times their stake. If the wheel lands on a three, for example, you win 3x your stake.

Each of the bonus games has its own rules, with Cash Hunt and Crazy Time requiring players to interact with the games. All of the games end with a multiplier added to your bet if you win, but the exact multiplier depends upon the game and its outcome. The Top Slot offers players the opportunity to increase their winnings even further. This occurs before the main wheel is spun at the top of the round.

Before you dive into betting strategy, you should know that maximizing your wins will take some studying and time. Once you’ve mastered it, however, you are set. The strategy doesn’t change unless something huge changes with the game.

The fundamentals of the Crazy Time betting strategy

Crazy Time is a more complicated game than it might initially appear. While the rules are easy to understand and the game show itself is fairly straightforward, there is a lot to keep in mind when planning out your bets.

Number bets form the basis of any Crazy Time strategy. Number bets refer to wheel wins, which are most common. This kind of bet is eligible to receive multipliers, which can quickly elevate an “okay” win into a memorable payday. Outside of number bets, the best Crazy Time strategy will focus on the title’s bonus games.

We go into more detail below, but the main takeaway is that among the bonus games, Pachinko and Coin Flip are often the least lucrative games with the lowest returns. Cash Hunt has the second-best returns, and Crazy Time tops them all.

As you pull your strategy together, make sure you understand how volatile Crazy Time can be! It is not a game to play if all you want is mindless spins with a quick payout. If you want to master Crazy Time, you will need to accept how quickly the game can turn your fortune and build your strategy around that.

The Crazy Time money wheel consists of 54 segments. Each segment contains one of two things:

The wheel is spun at the top of the round and awards players with either a multiplier or a bonus game. The official average time it takes for bonus games to activate is six spins. However, that is not a fixed number. All that means is that over a long period of time, bonus games will trigger every six spins – it doesn’t mean that you can count on this in your game.

Note that only players with an active bet will proceed to the bonus game. The rest of the players are just along for the ride.

When the Pachinko bonus game lands, you can relax a bit. The game doesn’t require input from players, so you can sit back and observe.

The Cash Hunt bonus game takes the form of a shooting gallery featuring 108 multipliers. The multipliers are covered and shuffled, then you pick one and fire at it using your mouse or, if playing on a touchscreen display, your finger. Simply aim at the icon and tap on it to fire.

It is important to note here that if you take too long to bet, the game will automatically pick an icon on your behalf. This isn’t the worst outcome in the world, but it does take some of the fun out of the game.

Once everyone has picked an icon, the multipliers are uncovered once again, revealing your winnings!

Crazy Time is the most lucrative bonus game. The Crazy Time Wheel consists of 64 segments with triple and double symbols and multiplier galore. Players pick a flapper color and win the prize their flapper lands on.

If the flapper lands on a triple or double icon, the wheel’s multipliers are increased by that amount, and the wheel spins once more for players who bet on that color flapper. The maximum win in the Crazy Time bonus game is 20,000x!

The Coin Flip bonus game is the most likely game to trigger, and a win of some kind is guaranteed. When the game opens, there will be two sides of a coin displayed. One is red, and one is blue. Both have a random multiplier assigned to them. The coin is then tossed into the exciting “Flip-o-Matic” machine.

The color of the coin visible when it stops flipping indicates the winning color, and players win whatever the multiplier on that color is. The maximum win in Coin Flip is 5,000x, but that requires a multiplier of 50x from the Top Slot.

If the multipliers assigned to the coin are low, a “rescue flip” might be triggered. The presenter will flip the coin once more, and the same rules described above apply.

Now that you know all about Evolution‘s ever popular Crazy Time and what to expect from the bonus games, let’s talk about the strategy I’ve been using to win.

First, I place mainly number bets because they have been the most consistently lucrative. When the betting time begins at the start of each round, I bet on two numbers: one and 10. The most frequent number on the wheel is one, and the number 10 is usually surrounded by ones. Since numbers tend to pick up Top Slot multipliers, this can give impressive wins. Also, since the wheel lands on numbers more often than it does bonus games – more specifically, because the number one is more plentiful than the bonus icons – betting on numbers is more likely to net you a win overall.

Bet enough on the bonus numbers to win your stake back, if nothing else, when the bonus rounds with usually low pay come around. You should also make sure to bet enough that winning on any of your two number bets will give you a small profit.

Crazy Time does not have any specific “hacks” you can use to give you an edge in the gameplay. The closest you will get to that is the betting strategies we have discussed in this post. Don’t play without a strategy.

Beyond that, I do have a few more tips to give. First, be aware of the betting time! You only have 13 seconds, so don’t take too long to place your bet. If you plan on placing the same bets during each game round, you can use Crazy Time’s auto-play feature. You can input loss and win limits, too, and play 100 spins or less automatically.

Don’t panic if you go many spins without landing a bonus. This isn’t too unusual, and other players have certainly been there. Remember that Crazy Time is highly volatile and can change on a dime – your next spins might feature excellent wins! Speaking of wins, don’t get your hopes up for something sky-high. Most wins will pay out anywhere from 10x to 25x – figures backed up by the research undertaken by Crazy Time trackers.

Finally, know which bonus game is worth the time and money. Pachinko and Coin Flip often return the lowest for me unless an impressive multiplier lands. Crazy Time, on the other hand, awards anywhere from 25x to 400x.

Above all, enjoy yourself! 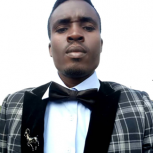 Samuel Okunsolawo
SamuelI began his journey in the casino industry in 2015. He started out writing online casino reviews contents for African and European markets and has since written volumes of casino reviews in several countries, spread across different continents. He has also built up a fascination for betting guides and now spends most of his time playing and writing bookmaker reviews. His core strength lies in his understanding of human psychology, and he uses knowledge to gain insight into punters’ behaviour.