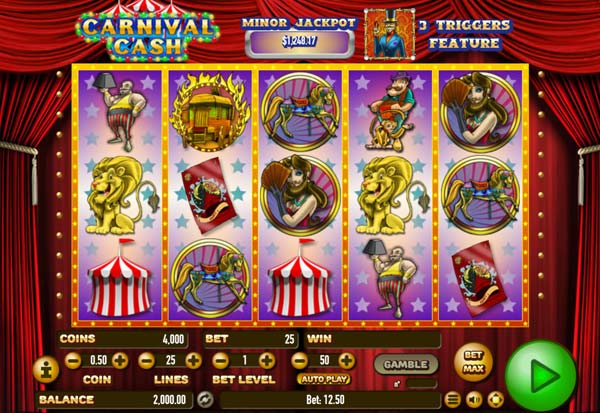 Brace for the best kind of circus show when the red curtain slides open to reveal this carnival-themed video slot from Habanero. Carnival Cash slot fuses excitement and amusement with pockets of highly rewarding symbols and features.

After wowing the crowd with each reel spin, Carnival Cash offers the chance to walk away with up to 62,500x your stake. This progressive jackpot slot, launched in 2016, features an RTP of 95.96% alongside high volatility. Landing symbols like elephants, balloons and the ring of fire makes the best out of the game’s 25 paylines. Check out the other features that come with the circus.

How to play Carnival Cash

The Carnival Cash video slot houses a number of features, which include multipliers, free spins, Wilds, Jackpots and more. One of the major symbols in this game is the Wild. It comes in the form of an elephant and substitutes for other symbols except for the ringmaster Scatter. This same Scatter is responsible for the Super Spin feature when at least three of them appear anywhere on the reels together. The activated features will depend on the symbol that lands on the reels, as described below. 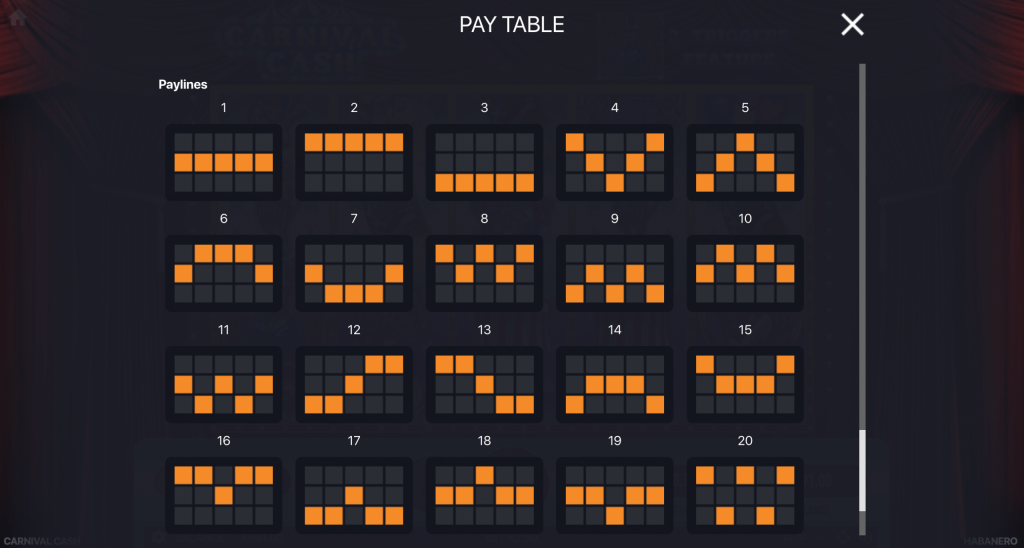 The Super Spin feature is activated by landing three ringmaster symbols anywhere on the reels. It provides players with lots of free spins and elephant Wilds, grouped together to help trigger more wins. 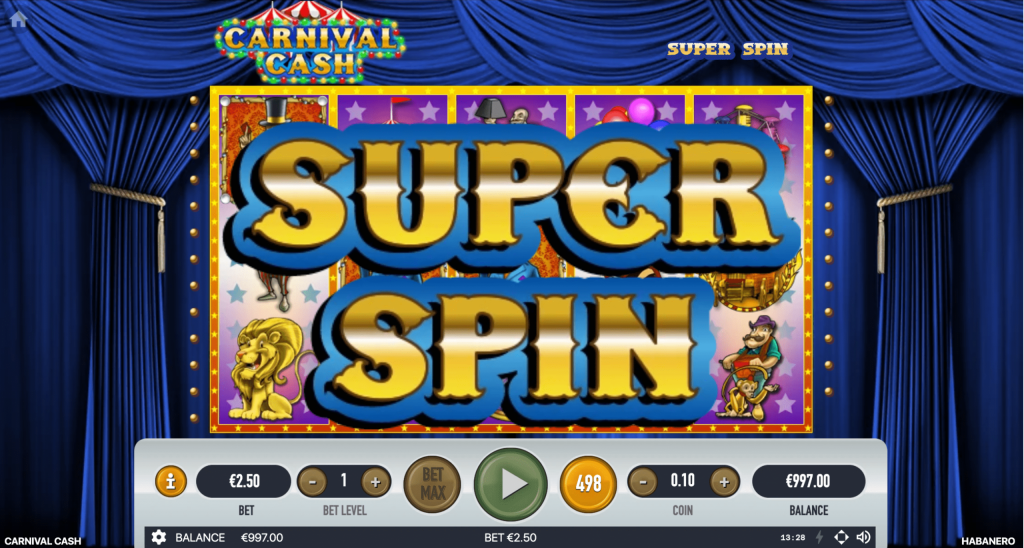 The Gamble feature becomes available after every win, letting players gamble their winnings on the outcome of a selected card. If turning the card goes your way, the win is doubled. However, if this feature favors the dealer, you lose the payout from that spin. Note that this feature is o

This is the ultimate bonus to look out for in the Carnival Cash slot, as there is no limit to the potential prize to be won. The amount keeps growing as long as the game is being played. The progressive jackpot is a random feature and can trigger on any spin. This surprise element adds a lot of excitement to the game as players can hit a life-changing win at any moment.

Not everyone likes the circus or an extremely vibrant carnival, but every gamer does like a wide betting range that makes room for different types of players. This is one of the reasons why the Carnival Cash slot is the dream game for high rollers and other types of bettors, as they can stake between 0.01 – 5,000 per spin.

The game is packed with fun icons and a fantastic soundtrack that makes players relive the spectacle after every spin. You can activate the progressive jackpot on a lucky spin or get the game’s maximum payout of 62,520x the stake. To achieve the latter, there are several high-paying symbols to look out for, like the elephant, balloon and the ring of fire. Five-of-a-kind elephant symbols reward 2,500x your bet, and the balloons are next in line as they churn out 1,000x. The bonuses in the Carnival Cash slot are not many, but each can make all the difference.