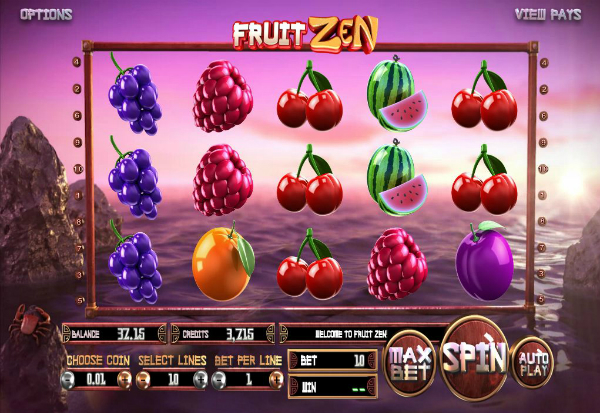 The Fruit Zen video slot has been around for a while, having originally been released in 2014. The game is provided by Betsoft, which is a well-known and long-established studio. Fruit Zen has medium volatility and a fairly high Return to Player (RTP) rate of 95.96%.

It will come as no surprise, given the slot’s name, that Fruit Zen has a classic fruit machine slot theme. This is interlaced with calming ocean scenes and images of a deserted beach. We’re guessing that this is where the ‘zen’ comes in. It’s a fairly simple game in terms of graphics, animations and gameplay, and comes with a relaxing soundtrack, which again we’re assuming is supposed to contribute to that calm ‘zen’ feeling while you’re playing.

You can choose your stake with this slot, and the range allowed is pretty good, with a minimum bet of just 0.10 required and a maximum limit of 50. The game has five reels, three rows and 10 adjustable paylines. The game comes with a fun feature known as the expanding sticky Wild, which unlocks free respins. The Fruit Zen slot is optimized for use on all devices, including mobile, and players can enjoy the game for free, playing in demo mode, or for real money. The slot is available at a wide range of virtual casinos and via various mobile casino apps.

This is a fruit machine slot, so, of course, the symbols are fruits such as plums, raspberries, and cherries. The lemon, grape and watermelon symbols are the higher-paying symbols, along with the highest payout symbol, the orange. The 10 paylines pay both ways, meaning that you can form a winning combination either right to left, or left to right, across the reels. You will need to land at least three of a kind on the reels to secure a win, and you can choose how many paylines to play with. Here are some of the features that we found interesting when we tried out the Fruit Zen slot game.

There is, of course, a Wild symbol in Fruit Zen, and it is an expanding sticky Wild! This means that when the Wild lands on the second, third or fourth reel, it will ‘stick’ on the reels and expand to cover the entire reel, triggering a free respin. The other reels will then spin again, while the Wild itself is locked into place. If you are lucky enough to land another Wild during the respin, then a further respin will be triggered and possibly another and another! So, one Wild will stick on the reels for one respin only, but it can trigger another respin. Then, if you land another Wild, it will expand again and both Wilds will remain sticky for one more respin.

Fruit Zen has a Pay Both Ways feature, which means that while this slot only technically has 10 paylines, it pays on combinations formed left to right and right to left. Some would argue that this actually gives you a total of 20 paylines.

As with most online slot games, you can play Fruit Zen free in demo mode. This means that you can play for fun, without spending any money – though you won’t, of course, be able to win any money either. Playing Fruit Zen in demo mode is a great way to get a feel for the game and see if you enjoy the various features it offers.

We found Fruit Zen to be a fun slot, but it does have very simple gameplay with relatively few features. There is no bonus game, and while the sticky Wild respin feature is a lot of fun, there is no separate free spins round to look forward to, and no multipliers to boost your wins. We suggest that you play Fruit Zen in demo mode to see if you find it exciting enough to commit to some real-money play or not. 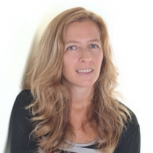