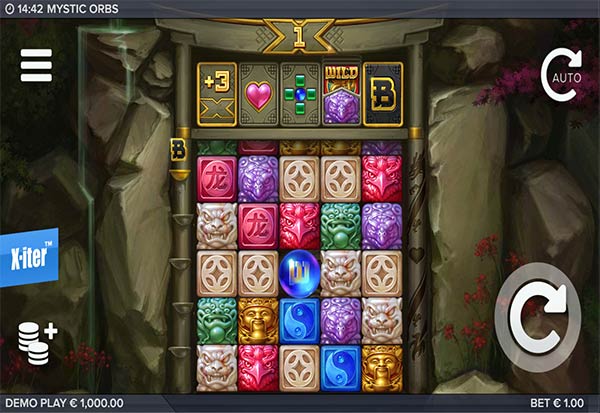 The Stars of Orion slot takes players deep into Greek mythology. The backstory is as follows: the great Atlas had seven daughters. Orion developed affection for them and chased them all around the Earth. The daughters went to Zeus for help and were placed in the night sky. With the gulf between Orion and the daughters of Atlas, the chase was over. Orion could never catch them.

This 6×8 reel slot has a theme that revolves around the constellation in the galaxy. Players get to benefit from the mesmerizing features available, including Orion’s Wild, Super Symbols, Magic Meter, Free Drops Bonus and Super Bonus Games.

Aside from these special features, there are various symbols to look out for. There is the Wild, which can substitute for all symbols except the bonus icon. A winning combination from only Wilds is the most rewarding. Super Symbols also help make wins even bigger, and bonus symbols activate free drops. Other characters include a green bird, a blue wolf, a red 7 and an elk. Lastly, there are colored spheres in purple, green, blue and red.

The Stars of Orion slot, which was released in 2021, gives players a chance to win up to $1m. This prize is only achievable with the maximum bet. This high volatility game allows a minimum stake of $0.20 and a maximum of $100 for real bets. Stars of Orion free play is also available.

The game is set against the backdrop of the beautiful night sky with the stars aligning. The reels come in a unique form, with the symbols only occupying circular spots. Here, it is all about gravity as symbols fall into position. The game does not have a specific number of paylines as it involves cluster pays, and you win on any cluster of five or more symbols. ELK Studios nails this slot theme with a catchy hard rock soundtrack. You can hear the heavy drums and electronic sounds throughout the gameplay.

How to Play Stars of Orion

Playing this slot is quite easy. There is a Stars of Orion demo version, which does not involve stakes. For real-money play, start by clicking the stack of coins symbol. Players can stake as low as $0.20 and as high as $100. The higher the stake, the bigger the payouts. The features in this game increase your winning chances further.

Triggering the feature creates any of the four patterns that are part of the Orion sign. These patterns can either be:

These symbols sew winning clusters into larger super clusters. They come in spheres highlighted in blue.

The Magic Meter lies on the pillar framing the reels to the right. On completion, the game releases the next Win Multiplier or Magic Feature. This counter increases after every win. It can lead to multipliers and magic features. There is also the Persistent Meter during free drops. The maximum win multiplier is 64x.

This feature helps to swap adjacent symbols and create winning clusters in the process. It triggers automatically if the swap improves the cluster wins.

The Stars of Orion slot depends on gravity and cluster pay mechanisms to churn out the wins. Players win by forming a cluster of at least 5 symbols. The highest-rewarding symbol is the Wild. When the winning combination comprises only Wilds, you stand a chance to get the maximum win.

Will the stars align in your favor? Will you be able to clinch the grand prize of 10,000x the stake? The high volatility and lower-than-average RTP mean that this isn’t the most generous slot. However, the 6 reels and 8 rows of symbols, and the array of bonus features, certainly increase your odds. They also make the gameplay exciting and deliver a unique experience. The game features are the major reason for this largely positive Stars of Orion review.

Can I play Stars of Orion on mobile phone?

Yes, the Stars of Orion slot is by the developer ELK Studios, which is a mobile-first gaming outfit with hosts of partners and operators worldwide. The main focus of this software provider is mobile compatibility. Therefore, games such as Stars of Orion are optimized for mobile games whether you are using an Android, iOS or Windows device.

Can I play Stars of Orion for free?

Yes, most of the games from this software provider include demo and real-money versions. In the Stars of Orion demo, players do not have to stake. The values and numbers on the panels are inconsequential. Also, the wins do not result in any payouts.

What is the max win in the slot Stars of Orion?

The maximum win in this high volatility slot is 10,000x. To get this win, players have to land a winning combination with only Wilds. Thanks to its high volatility, there is a chance of landing these big wins. 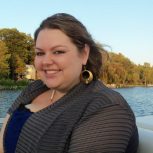 Play Stars of Orion at The World's Best Crypto Casinos