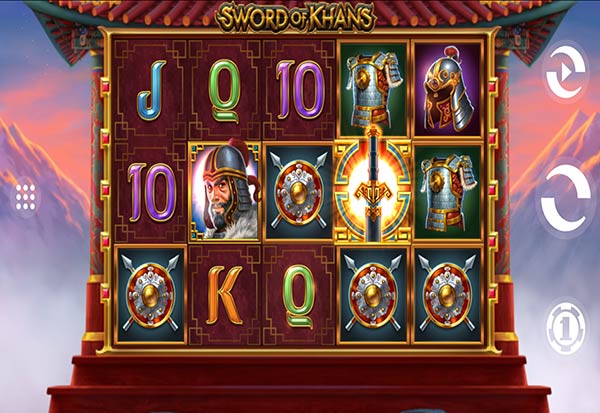 Dare to wield the keen edge of the sword of an ancient empire and slice a path to fame and fortune? The khans were the bygone rulers of the mighty Mongol Empire. The greatest of these was Genghis Khan, a fierce leader who clawed his way up from humble beginnings. This well-known historical figure conquered large parts of central Asia and China to establish the largest land empire in history, going back to the 13th and 14th centuries. It is said that at its peak, the Mongol Empire reigned over approximately 12 million square miles, which is roughly the size of Africa.

Thunderkick delved into this rich history to bring another winner to online casino floors. Pink-tinged mountains form the backdrop for maroon-colored reels cradled between the pillars of a traditional Mongol temple. Everything about the slot’s appearance resonates strength and might. The ambient music creates the feel of a solemn march across barren steppes in search of treasure. When the bonus sword lands on the reels, it sounds as if this icon is pulled from an armored sheath, creating a true warrior feel. The higher-paying symbols also portray armor and shields to enhance the warlike nature of Thunderkick’s Sword of Khans. Then, of course, there is the fierce-looking Ghengis Khan himself – this symbol awards players with a huge payout if they can land five in a row.

This high volatility slot features five reels and 50 paylines. With a Return to Player (RTP) percentage of 95.36%, which is slightly lower than the figure that one expects from Thunderkick slots, well-managed bankrolls, and betting strategies may just reward patient players with a big win. Bets range from a dime to $100, giving players a wide selection of betting options. Players can look forward to a free spins bonus with a whopping maximum win of 10,000x a wagered stake. The bonus round is triggered when a player manages to land three or more mighty Mongol swords, and it starts with an initial 15 free spins. This Sword of Khans slot review takes players through the base and bonus round gameplays.

How to Play Sword of Khans

In Sword of Khans, the sword icon is both a wild and a scatter. This is great because it means that there is no exclusion of scatter substitution. This symbol substitutes for all symbols in the game. Three, four, or five swords bring in juicy wins of 2x, 20x, or 200x the stake.

Three or more swords also trigger the bonus free spins feature. Initially, the bonus round rewards players with a random number of free spins. A closer look at the bonus feature explains it in more detail.

As stated, players trigger the bonus round when they land three or more swords in a random or scattered pattern on the reels. As a start, five, seven, eight, nine, 10, 12, or 15 free spins are awarded.

During the free spins round, the appearance of two or more sword icons triggers additional free spins. There are also expanding reels in the mix to increase a player’s chance of landing a win. This happens when one symbol expands over an entire reel to establish better payline payouts.

The expanding symbols do more than just expand. If such a reel is part of a winning combination, it multiplies the win by up to 3x. Should players be lucky enough to trigger these wins, they can win up to an astounding 10,000x their stake.

The bonus round is inarguably the place where the biggest action takes place. The potential multipliers make the free spins worth the wait.

There are many demo versions of Sword of Khans. Players get 5,000 worth of free currency to take this popular slot for a test drive. During the free play version, players can experience the game as they would when playing for real money in any online casino across the globe.

The free play version has the same features as the real-money game. Players can change their betting sizes by clicking on the casino chip and can also opt for an auto-play sequence of up to 5,000 spins.

Thunderkick is an experienced industry pro that consistently delivers excellent slots. The slot’s graphics are great without overwhelming players with a visual sensory overload. This slot is bound to keep players hooked to their screens. It is entertaining and manages to draw one into a world with an authentic ancient feel.

The free spins and surprising expanding multipliers will have players coming back time and again. It simply opens a whole new realm of possibilities in terms of payouts, not to mention the incredible 10,000x stake win.

Sword of Khans may not be as flashy as some new games hitting the market, but it certainly delivers on slot gaming expectations.

Can I win real money playing Sword of Khans?

Yes, it is possible to win real money playing this slot.

Can I play Sword of Khans on my mobile phone?

Yes, players can enjoy this video slot on their mobile devices. Thunderkick slots are optimized for play on any screen size. 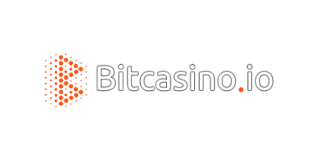 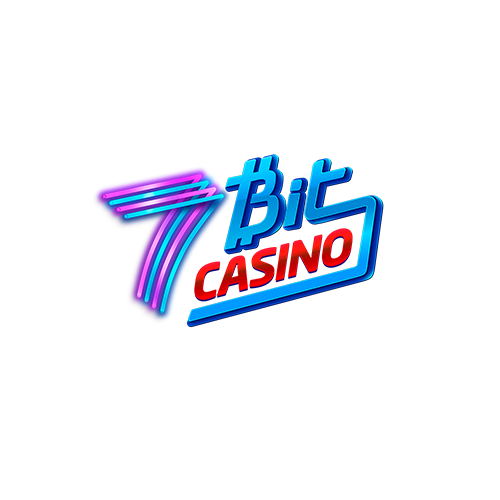