Habanero brings the zombie apocalypse to your screen with The Dead Escape slot, released in 2017. Players’ safety from the pandemonium depends on the 5×3 reels, which feature 30 paylines that pay both ways. 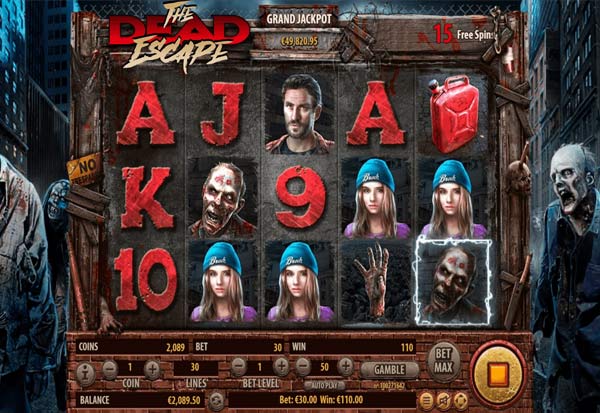 Habanero brings the zombie apocalypse to your screen with The Dead Escape slot, released in 2017. Players’ safety from the pandemonium depends on the 5×3 reels, which feature 30 paylines that pay both ways. The visuals, graphics and the game’s ambiance align with the zombie/horror theme, but the scariness won’t bother you when the prizes start rolling in.

The Dead Escape slot has an RTP of 95.92% and low volatility. The latter implies that you can expect regular small wins. First, players must set their stake, which can be between 0.30 and 1,500. The presence of a progressive jackpot will get your adrenaline pumping even more.

How to Play The Dead Escape

The wild zombie symbol only appears on reels one, three and five. When three or more of them land on the reels, players can win cash prizes. They also substitute for other symbols, except for the scatter. 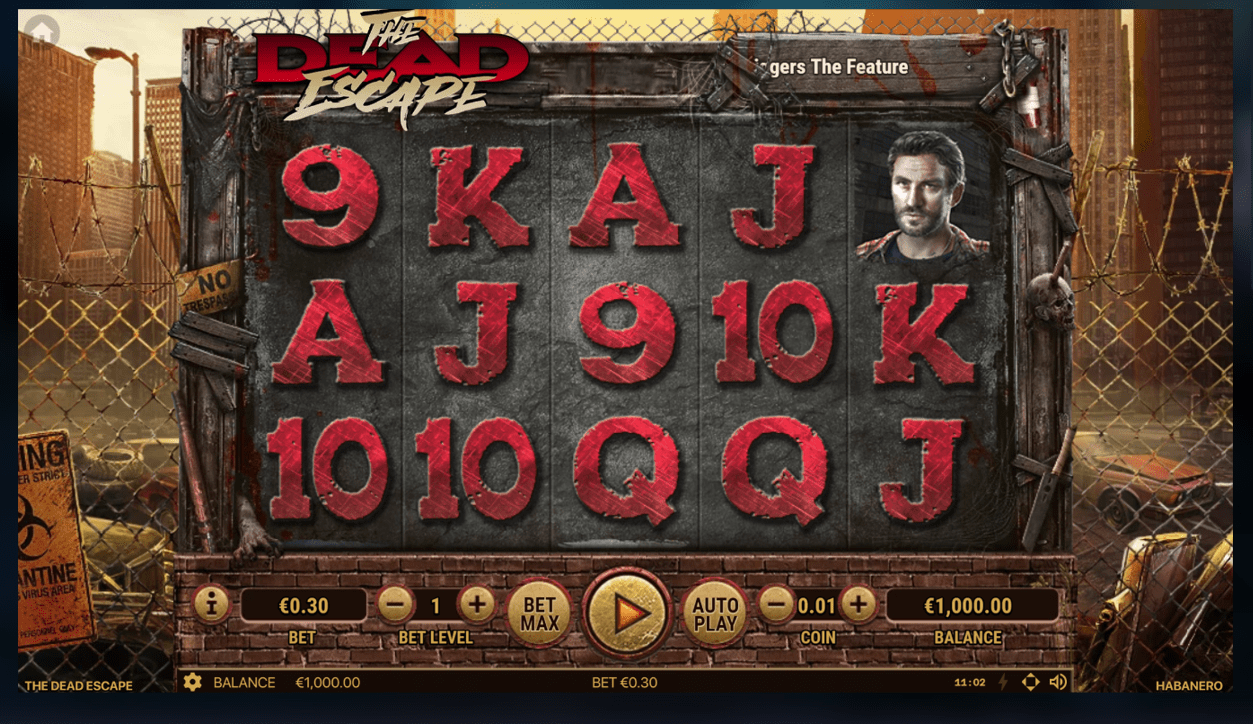 This is a different type of wild that can appear when a zombie lands close to a human. As the zombie attacks, it triggers the stacked zombie wild, substituting for all symbols except the scatter. Like the regular wild, it also awards prizes.

This is the primary feature in The Dead Escape slot, and it can occur in both the base game and during free spins. Duels occur right after wins, but before the win is awarded. Players get a chance at the Duels when any human symbols land adjacent to a zombie symbol on the same row.

The result boils down to the outcome of flipping a coin engraved with DEAD on one side and ESCAPE on the other. If the result of the coin flip is ‘DEAD’, one of the human symbols is replaced by a wild. On the other hand, if the outcome is ‘ESCAPE’, the wild is transformed into a stacked wild, covering all the spots on the reel. Note that these features can be retriggered.

The Dead Escape slot offers two progressive jackpots that trigger randomly at the end of any spin. Every time players stake real money, a part of it is added to the jackpot pool. This way, the prize continues to climb until someone hits the jackpot.

This breathtaking game from Habanero brings back the nostalgia of the best zombie horror movies, but all hope is not lost in this apocalypse. The 30 paylines represent 30 ways to escape doom with sizeable wins. Here, a zombie bite will even increase the winning potential.

The progressive jackpot is another aspect of this game that places it way ahead of most others with a similar theme. So, while you spin your way through the nerve-wracking spectacle on the game’s five reels, exciting features and jackpots are waiting to surprise you. The lucky ones can walk away with the maximum win of 9,645x their stake.