Released in 2020 by the industry stalwarts Pragmatic Play, Mega Sic Bo is an incredibly popular live casino game that has proved a consistent hit with fans since it was first released. 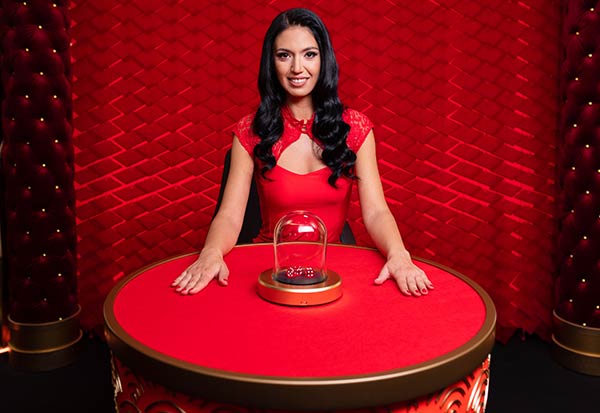 Mega Sic Bo is a suitably revamped take on the classic Sic Bo game. Pragmatic Play hasn’t just opted for a lazy remake of a classic game. Instead, it is clear that the developers have gone to quite some lengths to adapt it for the live casino setting.

The video quality is incredibly crisp, the live set is classy without being under-done, and the chatty hosts help to keep the gameplay moving along. In addition, Pragmatic Play has also tastefully added in plenty of upgrades and added features to make this more than just a straight port.

We were particularly impressed by the multipliers, which add plenty of excitement to the gameplay!

How to Play Mega Sic Bo

Mega Sic Bo is Pragmatic Play’s take on the Sic Bo game genre. Sic Bo – also known as tai sai, dai siu or hi-lo depending on where you are from – is an ancient parlor game of Chinese origin that has given rise to multiple variations in the centuries since it was first created.

Although it has been played across the Asia-Pacific region for hundreds of years, it made its way to American casinos via Chinese immigrants in the early 20th century. Since then, it has grown to be a staple of the American casino scene and is even played in the UK.

Sic Bo – which literally translates as “precious dice” – is traditionally played with three dice. Players place their bets on areas of a table that has been divided into multiple named scoring boxes. The dealer will then pick up a small chest containing the playing dice, which is then closed and shaken with the dice in it.

Players will place wagers in the scoring boxes based on how they think the roll of the die will turn out, with everything from smaller numbers to bigger numbers possible. Different combinations of numbers have different chances of playing out, which is where much of the strategy comes from.

Mega Sic Bo by Pragmatic Play very much plays out like the standard variation. Players will be greeted by a live dealer who will oversee the gameplay. The dice are contained in a glass case in the middle of the table, with a well-laid out Sic Bo board floating on screen.

The dice rolling sequence will last for about five seconds, after which the dealer will display the result and start issuing prizes in line with what the players tuning in wagered.

Overall, we were really impressed by this version of Sic Bo that Pragmatic Play has put together.

In general, we think Sic Bo is one of the most underrated and overlooked of the classic casino games, so it is really great to see Pragmatic Play developing releases of some of the lesser-known variations.

Fans of classic Sic Bo will find plenty to love about Mega Sic Bo, and there are just enough added features and innovations to keep you occupied. Sic Bo is particularly well suited to live dealer games, and it has the pace of play for a live casino environment.

The traditional Sic Bo table layout can often appear quite cluttered and doesn’t always translate well for the digital environment. However, Pragmatic Play has done an excellent job with Mega Sic Bo, which is well-laid out and perfectly accessible for both new and older players.

With all that said, if you are looking for a well-executed take on this classic game, Pragmatic Play’s Mega Sic Bo is well worth your while!