Rick and Morty Megaways is a fantastic slot designed by Blueprint Gaming to bring back the nostalgia of watching the popular TV series of the same name. This six-reel slot might be based on a hit cartoon series, but the games are designed to churn out serious wins for lucky players. 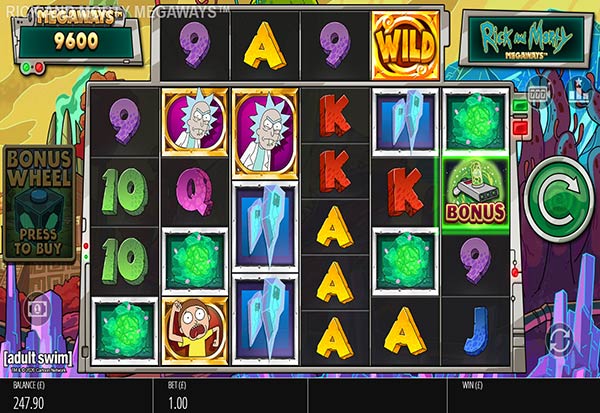 Rick and Morty Megaways is a fantastic slot designed by Blueprint Gaming to bring back the nostalgia of watching the popular TV series of the same name. Released in 2020, this high-variance video slot captures the expeditions of the adult cartoon characters Rick and his grandson Morty. The slot features teasing soundbites and animations from the hit series. Similarly, Rick and Morty Megaways takes a cue from the TV series’ eccentricity as the game is staged in a star-lit galaxy.

This six-reel slot might be based on a hit cartoon series, but the games are designed to churn out serious wins for lucky players. The design involves six regular reels and a dynamic number of rows, ranging from two to seven. A horizontal reel is attached atop reels two, three, four and five, and displays four symbols at any time. In total, there are up to 117,649 ways to win in this slot.

how to play rick and morty

This feature activates on every win. Winning symbols are removed and replaced by new ones from above, leading to further wins. A single spin will continuously trigger payouts as long as winning combinations keep landing. 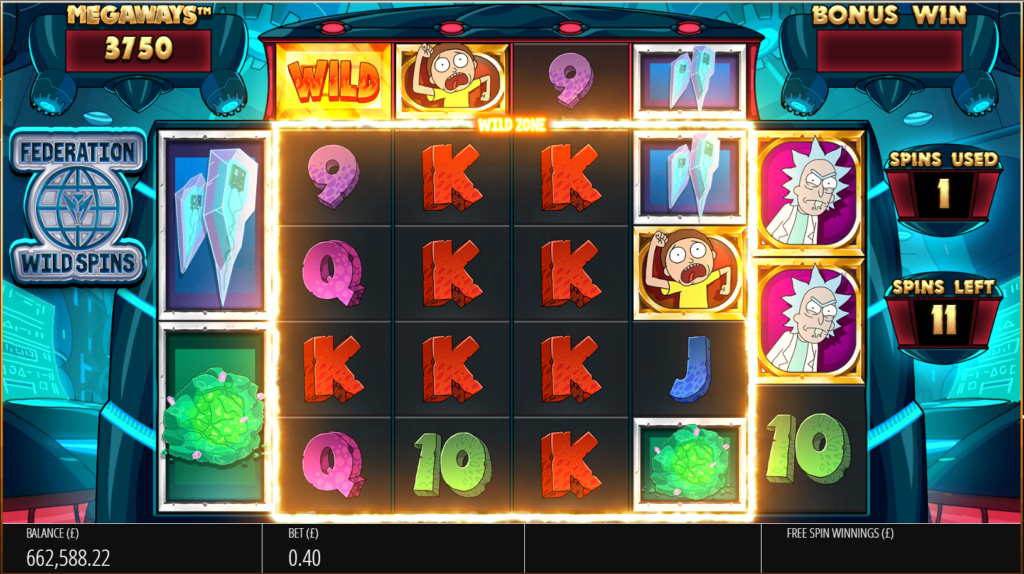 Mystery symbols come in the form of a spaceship door. Whenever they appear on the reels, they transform into random matching symbols to activate payouts.

Players can activate free spins when at least four Scatters appear on the vertical reels. The game gives out five extra spins for every additional Scatter that lands. Right before the start of the Rick and Morty Megaways free play, players have to choose one of the four different free spins variants:

In the Rick and Morty Megaways slot, the Wild can only appear on the horizontal reel. It transforms into any other symbol except the Scatter in order to trigger wins.

Rick and Morty Megaways is a thrilling video slot from Blueprint Gaming with fun features and a unique theme. This branded slot uses the Megaways engine and features cascading reels. Moreover, the game has a dynamic structure that makes every spin unique and exposes up to 117,649 paylines. Some aspects of the game might seem foreign for players who weren’t fans of the Rick and Morty TV series when it aired. However, the max payout of 50,000x is an attribute that every player can relate to.

Free spins are the highlight of the Rick and Morty Megaways slot, and the multiple variants available here are certain to excite most players. The Pickle Rick, Federation Wild and Vindicators are all available for you to choose from. The Bonus Wheel will also award Mystery Free Spins when it activates. In a nutshell, there’s a heavy dose of excitement and mystery when you play this slot. Whether or not you’re a fan of the original TV series, you’ll quickly appreciate this stellar creation by Blueprint Gaming.